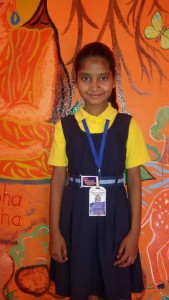 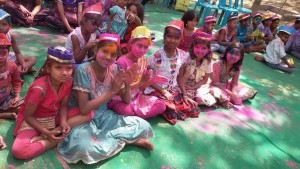 Today on March 21th 2016 HOLI MILAN SAMARON is celebrated in Mummy Jee free boarding school in Bhaga Village in Bodhgaya. We all boarding school children are celebrating this festival by various colours of Gulal (the powder colour used)

In this samaron (huge gathering of people at a festival) our parents, villages, director, secretary, president, treasures and Trustees members and the blind beggars, who use to beg nearby the mail temple, come to our school and sing with musical instruments. 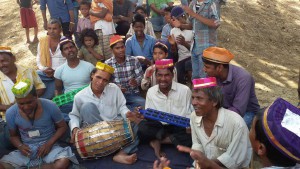 We are all taking too much sajoy.

At last all the children received gifts of colour, Gulal, colour spray and caps by Mummy Jee. We all children putting Gulal on forehead to each other’s, and to all the parents, all villagers, all children, all teachers and all Treasures.

My favourite colour is red and green. Then we eat delicious food at the school. Afterwards we went to our homes with relatives. The festival continues for three days. In this festival we are eating various delicious dishes, like sweets, dali bread, chips and so many yummy dishes at each other’s homes, all through the days. 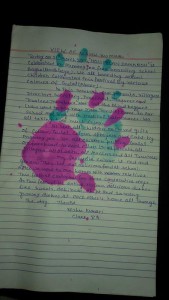 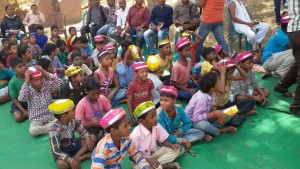 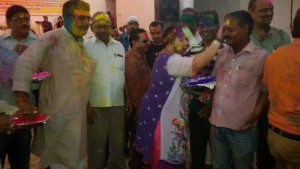 In Holi festival, we are also celebrating this killing of the bad God. Thus this festival is symbol of Victory of virtue over vice – To commemorate this, the Hindus observe Holi. 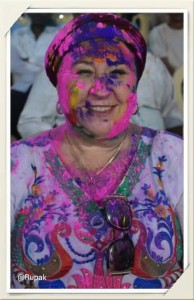 On this occasion, all appear to be a jolly mood. All become crazy with joy. They dance, sing and jump about. All people throw mud on another people in morning time; next day afternoon, people wear new clothes, and colorful water spray on another. They make presents of sweets to each other. They smear their face of younger and younger smear of elder’s feet. And people embrace one another. 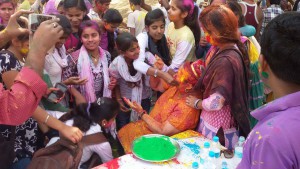 Holi is an occasion for Hindus to forget their old quarrels, and mix freely with all. The rich and the poor, high & Low, all stand on the same footing. It is a festival of love.

Holi makes us forget our concerns. So we try to observe purity and integrity, therefore our life can become more colorful.

And for those of you who are still reading. Here is the legend belived in the Hindu Religion:

According to the SAKA ERA new year commences from this day. So, Holi may be called “New Year’s” day’s celebration.

There is popular story behind this festival. There was very popular demon king HIRANYAKASHYAP, he was devotee of Lord Shiva. But he hated lord Vishnu, because getting the blessing he became proudly. So he did not believe in God (Vishnu), he thought “I am king and so I am God of all people” – He forbade his subjects to worship the God.

But his wife was very kind to all. The King used often to beat her. He was very mean (bad) with her.

After a long time, this king of the earth had a beautiful child named PRAHLAD. He was a good child in his childhood. He always helped the other children, whose parents had been bullied by his father.

As the father was cruel, he did not want to give education to his people; his son did not agree with this, he wanted to stop his father’s mischievous.

The son Prahlad was a firm believer of God. He refused to obey his father, so HIRANYAKASHYAB tried to push his son to death.

The father tried several times to get rid of his son, but his attempts failed.

The Hindu’s rejoice is related on the happy escape of Prahlad.

Finally, as the King did not want to die (Not from the sky, not from earth) he protected himself from any type of possible dying (animals etc.).

But, the God Narayan came with his head like a lion, his body like human, his arms like a ghost one, and took Him, sat him in a kind of gate, where he was not protected anymore, and broke the king’s heart in two parts; blood splashed every where.