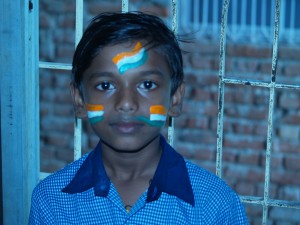 During the celebration at Red Fort, New Delhi many tasks including March past are performed by the Indian army and cultural events by the school students are performed. After the national Flag hosting and national Anthem (JANA GANA MANA) recitation, the 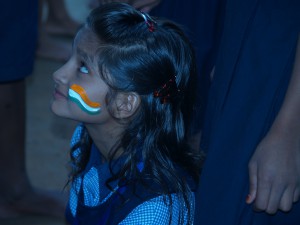 we commemorate all the great personalities who had played their important role in the independence of India. During the Independence Day celebration, the National Flags are also hosted in school and colleges where many activities are performed by the teachers and students.

As we know that every year we are celebrating independence day like a important festival of India every educational institute, private office and government  office. We are hosting flag in morning with national anthem (JANA GANA MANA ) in standing mode.

Like this, we are also arranged and celebrated this great festival of India in our “Mummy jee educational charitable Trust”. In our Bagha school all our children and staff made different Rangoli and map of India by tri color powders you can see in pictures. Our senior teacher Mr. Jitendra kumar with other teachers to prepared National flag with flowers. After around 8:30 am there is arrival of President Mr.Surendre k 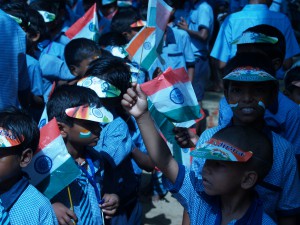 umar, Director Dr. Jeanne PERE, Secretary Mr. Munna Paswan came to school. And hosted the National flag at 9: 00 am. After that  we enjoyed various cultural program organized by our school children like Songs, Dance, karate demonstration in Music and many speeches also. In between we are also getting special nasta (Jalebi) by the help of our special guest named Mrs. Marie joelle and Remmy. 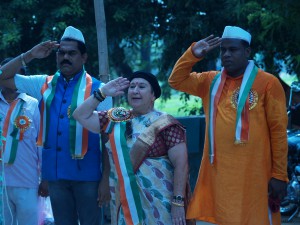